About half of all boys and one third of all girls in a country such as Denmark have tried smoking cannabis before the age of 20 (1). Can the arguments for criminalization of the substance hold or is it time to approach the discussion from a new angle?

Cannabis, recreationally, is fully or partly illegal in most parts of the world, but what are the effects of legalization or decriminalization of a narcotic substance? Fortunately there are several well-documented cases of this. In 2001, Portugal decriminalized all drugs and has thus been able to document 12 years of decriminalization (2) in a country with over 10 million inhabitants.

Portugal had been fighting serious problems of substance abuse and began decriminalization in an attempt to radically change their handling of this problem. To make a long story short, the effects were positive. Drug use among adolescents has fallen significantly and the number of drug addicts has decreased by 50 percent along with the number of deaths from diseases transmitted through needles and the like. Decriminalization has also released considerable public funds from the former police action against users of illicit drugs. The funds are now being used for increased help for addicts and their families.

Some experts warn the international community against drawing parallels between the effects of decriminalization in Portugal and other countries. This is justified by cultural differences and Portugal’s prior problems with drugs. However, it is far from the only example. Different degrees of decriminalization of cannabis have been introduced in several U.S. states with similar positive effects.

That crime decreases as a result of decriminalization is perfectly logical. Still critics of legalization often use the argument that criminal gangs will find other illegal methods to maintain their income. There is, however, no evidence for this claim in the various trials of decriminalization.

According to basic economic theory, the argument about new criminal livelihoods does not make sense either. If demand exists, supply will always occur with or without consent from the state. New opportunities for profit do not manifest without a pre-existing demand. This would only be possible if the criminals invented a new product or service that did not exist before. Due to the fact that this service or product is brand new, it will not be illegal.

In other words, other opportunities for crime should already be covered and will not occur with the removal of another option- on the contrary. A clear and well-documented example of the effect of decriminalizing the production and sale of a narcotic substance in gang crime is the end of alcohol prohibition in the U.S. in 1933. After prohibition was repealed, a significant decrease of this kind of crime was documented. This obviously cannot be detected with decriminalization in Portugal as sales and production is still punishable.

Another frequently used argument against decriminalization is that it will create a strong increase in consumption. This theory has also been studied minutely in experiments with decriminalization. In general, a stable or decreased use is observed such as described in a report published by the American Journal of Public Health (3).

The war on drugs 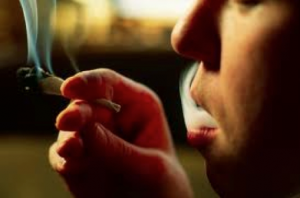 As mentioned earlier, almost 42% of Denmark’s youth had already experimented with cannabis before the age of 20. If this cannot be established as a clear expression of a misguided effort against drugs it would be difficult to even establish a common basis for discussion.

The new U.S. documentary “Breaking the Taboo” (4) describes the consequences of the war on drugs, both nationally and across borders. To describe the problem as a war has justified the harsh and coarse methods used worldwide for stopping drug abuse- no matter the cost. Ironically, these methods further backfired and the market for illicit drugs is larger and more powerful than ever.

It is estimated in the film that trade in illicit drugs brings in somewhere between 250-350 billion dollars annually- money that sponsors some of the world’s most violent and ruthless criminals. The total amount the state spends on investigations, prosecution and prisons etc. which year after year disappears into this hole, is almost unbearably large. Any parameter for success in the so-called “war” falls embarrassingly far from the desired result.

The regulations sadly still enjoy the privilege of being judged on intent, rather than its effects. This probably also stems from the emotional and superficial coverage of the issue by the mainstream press. The politicians let themselves be carried away and promise solemnly to address substance abuse by increasing resources in an effort which has already proved ineffective. If you imagine this story repeated over several decades, you have formed a satisfying picture of the war against drugs.

The criminalization of people who obviously do no damage to anybody but themselves, is hard to justify. This way of thinking is ultimately rooted in the belief that humans don’t possess the ability to make the right decisions for themselves, without fear of punishment from an authority. This belief is a provable fallacy in relation to drugs.

Firstly, the threat of authoritarian punishment does not diminish drug use. Secondly, the vast majority of the population have experimented with, or had easy access to drugs, without ending up as addicts. So most people actually do have the ability to make the right decisions about their own well-being in relation to drugs.

So what is the reason why a few end up as addicts in spite of high costs, side effects and threats of punishment? Substance abuse mostly occurs among vulnerable individuals with social, psychological or financial problems. Substance abuse is therefore a symptom of problems rather than a problem within itself.

To fight drug abuse is in that sense a lot like fighting the gag reflex while still consuming whatever causes it. 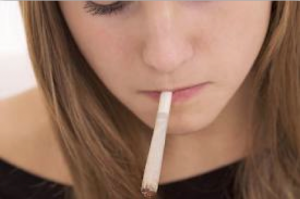 A striking fact about using cannabis recreationally is that there is not a single documented casualty from overdose. It requires unrealistic amounts of cannabis intake in order to achieve a fatal level; thousands of cannabis cigarettes over a very short time span (5). Therefore, cannabis is by no means a deadly substance.

Regular intake may lead to a variety of negative consequences such as impaired short-term memory, learning ability, activity levels, testosterone levels and the like. However, there is still disagreement among researchers as to whether these effects persist or wear off over time. Both sides have several scientific studies that support their claims.

A British study used their research to demonstrate that mice exposed to cannabis during adolescence had significantly impaired memory and problem solving abilities for the rest of their lives (6).

This study has been assigned great value by the mainstream press, but it contains many questionable methods. Among other things, the mice were given a daily dose which would amount to what the average human abuser smokes.

In this way, the debate quickly ends up in scientific criticism rather than facts. Still this kind of study is disproportionately favoured in the debate, in relation to the increasing number of positive effects new studies seem to demonstrate: effects such as reduced aggression, stress reduction, increased social awareness and reflection. In addition, cannabis is shown to have a medicinal quality in the treatment of several diseases such as cancer, Alzheimer’s disease, depression, arthritis, and many others, often with less harmful side effects than conventional medicine.

Cannabis use has long been associated with a type of mental breakdown called psychosis. The term covers a variety of symptoms all describing a loss of grip on reality and includes delusions, hallucinations, paranoia, and so on.

It should firstly be noted that the number of cannabis users who experience psychosis is very small. The correlation between people who experience psychosis and cannabis is nevertheless striking and the conclusion therefore was that cannabis was the direct cause. If you take a more critical approach to the case, here too exists a dissonance between the mainstream press description of the case and a more nuanced reality.

The question of whether psychosis, and other similar mental anomalies, are related to cannabis is best described as a “the chicken or the egg” discussion. It is difficult to determine whether people with a predisposition to psychosis seek cannabis as a form of self-medication, or whether cannabis causes psychosis. Some studies in this field have even concluded that the relationship goes both ways (7): exposed persons seek cannabis and cannabis increases the risk of psychosis.

There is a broad consensus that people with a tendency or genetic predisposition to anxiety and schizophrenia should avoid all use, as it is believed that cannabis can “trigger” these kinds of mental disorders.

Epidemiological studies show that cannabis dependency is the most common form of dependency of illicit drugs worldwide. This is probably due to the relatively mild side effects and low production costs etc. Studies of past and current cannabis users show that only 2-10 percent can be classified as suffering from or having suffered from addiction (8).

It is still not proven that cannabis use creates a chemical dependency, but instead a form of psychological dependency has been recognized. Not many cannabis addicts seek help to cope with their problems. Most discontinue their abuse by their own will (9).

Even conceding that cannabis can be a contributor to psychosis and create dependency in a small number of cannabis users, it still does not provide a good argument against legalization. Firstly, the human race has a tendency toward dependence: dependency on coffee, drugs, sex, money, control, power, success, or maybe just a sense of normality. It is not a responsibility the state can handle. We are not helping these people by giving them fines, by tarnishing their criminal record, and making their problems taboo. Nor by isolating them from society paid for by the taxpayers and certainly not with police, punishment, regulations and requirement based help. 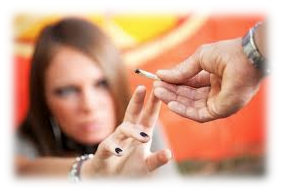 Lastly, the concept of hypersensitivity to, or sudden problems with a given substance we consume, is quite normal. Some people go their entire lives with an unknown allergy and die because they choose the wrong meal on the menu. Others choose the chicken and get salmonella poisoning. So why do we prohibit neither the restaurant nor the chicken by law? Because of the many problems criminalization creates and because we cannot ban everything in the light of the unfortunate few who get into trouble.

So why is cannabis illegal?

(8)  Grotenhermen, “Review of Unwanted Actions of Cannabis and THC