Hi everyone. My name is Sasa, and I have written this article about why I believe that liberal education creates some of the best entrepreneurs in the world. I am certain that my own entrepreneurial life with projects of my own would have began way earlier if the danish school system was more focused on developing students ability to think for themselves and to be prepared with how to deal with ambiguity of startups.

It is needless to say that nowadays people have come out of so called bookish knowledge. That obviously doesn’t mean, they have abandoned their books, rather, the new method of acquiring knowledge is something more than mere preparing lessons and reading books. A wonderful blending between academic knowledge and creativity or experience helps an individual to be enlightened. The kernel of this saying is that, if you want to be a successful entrepreneur, then you will have to gain that same light. And this light is called Liberal Education. 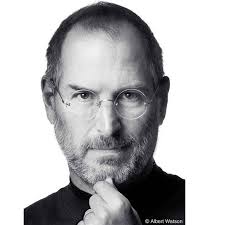 Question may arise, why you should be educated liberally in order to achieve success. Let me remind you of Steve Jobs from Apple. In March 2011, iPad 2 was introduced and became top of the topics. Steve was unlikely to accept that iPad made the difference and gained popularity only because of its technological characteristics. He explained boldly that the excellent connection with liberal arts and humanities made this device full of life.

This declaration has given birth to numerous passionate debates as it rejects the then method of technology entrepreneurship of engineering or business background. A lot of productive discussions were growing and getting a shape about the necessity of liberal education, history, language and literature, psychology, science and mathematics in order to be a good entrepreneur. The Association of American Colleges and Universities have come forth with a detailed discussion about why liberal education is needed in becoming a successful entrepreneur.

Liberal education is a method of educating students that enrich them with psychological power and capability of coping up with change, diversity and complexity. In some cases, especially for the beginner entrepreneur, things do not go according to their wish. Like, one is going ahead with an idea, but at the middle of the journey he discovers that the way he is following should be got a bit changed. He has to focus a bit differently and go for the better direction. This does not imply failure or degradation. The scientists usually set a hypothesis before discovering something new. But while working, they sometimes realize that the hypothesis is not perfect and should be improvised. This imperfect hypothesis is somewhat responsible for some dynamic inventions like x-rays or penicillin.

According to humanities, analytical and abstract thinking is required to make a core of an idea a reality. Hilary Mason, a graduate from Grinnell College, is practicing the “data science” movement. Her practice includes the fundamental learning about the human behavior based on the data they have generated. This data regarding human behavior helps her in playing an effective role a chief scientist in bitly.com. She thanked the liberal education as it enabled students to analyze, think and communicate and then it was not a big deal to manage things in the outer world. Her “data science” learning has not directly contributed in her present position, but it’s true that the liberal education she has achieved will help her retaining her creativity and communicative power for life long.

It is the first and foremost duty of an entrepreneur to have knowledge about his surroundings and time. Liberal education produces the scope of learning a lot of different areas besides the particular study. It helps the students to gather new ideas and stay creative. Thus, a liberally educated entrepreneur focuses on his work and accepts the challenge with great determination.

The core focus of a liberally educated entrepreneur is to solve different social problems by identifying them. Liberal education emphasizes on communication that is a significant skill of an entrepreneur. For example, a successful entrepreneur should be able to make things clear about his product, ideas or service to his investors.

Thus, entrepreneurs should be good thinkers and also keep an eye on the present status. It is not obligatory that to be a good entrepreneur you have to come from any specific background. A liberally educated individual can perform in various sectors. A graduate from Bowdoin College ran a research in the Maine Liberal Arts School. There he found, the alums established a tech related company that earned a huge amount of money. But none of them were from tech background. So, the fact is more than clear that, if you have broader outlook and communicative power, above all if you get liberal education, you are always ready to take challenges and achieve dynamic success.

A blank individual can innovate nothing. Similarly, an entrepreneur without creativity and experience is worthless. This is the very relationship between liberal education and entrepreneurship. Liberal education covers studies relating all the current topics and teaches students to analyze and think about them. By analyzing those studies, students or entrepreneurs consciously plan their way.

Again saying, the above discussion was not meant to ignore the value and contribution of the technical discipline and engineering. Their necessity in a successful entrepreneurship is inevitable. Besides those educational backgrounds, a student’s idea and creativity is the most important. Tom Lix’s (CEO of Cleveland Whiskey) idea about liberal education is worth mentioning. He is a teacher at Northern Ohio’s Lake Erie College and believes that to be a successful entrepreneur; you should follow your passion. You should feel the extreme excitement within you. If you do it only for money or social obligations, then it’s not a matter whether you bear a great idea or worse.

Liberal education is not a huge degree or certificate that brings you money or fame. It just broadens your outlook and teaches you how to apply your knowledge and experience by connecting them in your professional life. It teaches you to dream, to plan, to drown into your ideas. Several sleepless nights, one great idea, communication tendency and confident steps are some outcomes of liberal education. It saves you from being converted into a machine as a result of today’s study loads. An entrepreneur deserves to have freedom of thought, intelligence, communication and expression. Liberal education thus opens your eyes and shows you ways to choose. Then it’s your responsibility to pick up your ultimate way.

Like I wrote in the beginning of this article. I believe that there is a good balance between practical experience (like the one I am getting with my webshop Alor.dk) and the beautiful world of academia. This is where true enlightenment comes from. But as long as the Danish school system remains in its current form, I dont think that the future youth will get the liberal education they deserve.